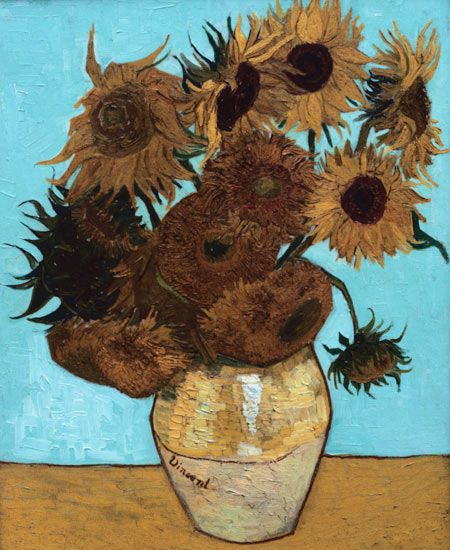 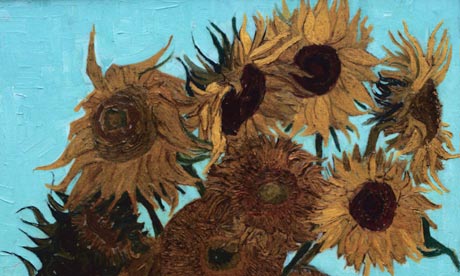 When Vincent van Gogh moved to the south of France in the late 1880s, he began to paint sunflowers in vibrant chrome yellow. But even before his untimely death, some of his paintings had lost their sheen and started to turn brown.

Scientists now believe they finally know the cause of the problem.  Conservationists can slow down the degradation, for example by installing air-conditioning units to keep the paintings cool in the summer.

One enduring mystery was why some paintings that used chrome yellow turned brown while others were unaffected. The paintings that suffered most used yellow paint that had been lightened with white pigments.

The researchers found that sunlight starts a chemical reaction that ultimately turns yellow paint brown. The sunlight oxidises the oil in the paint, releasing electrons. These are then taken up by the yellow pigment – lead chromate – turning it green. The mix of green paint with oxidised oil produces a chocolate brown colour.

The team led by Koen Janssens at the University of Antwerp took samples of yellow chrome paint from left-over tubes belonging to 19th century artists. To simulate the effects of sunlight, they exposed them to UV light. After three weeks, paint from one of the artists, the Flemish Fauvist, Rik Wouters, had transformed from bright yellow to deep brown.

The team analysed flecks of the paint using an intense x-ray beam less than one thousandth of a millimetre wide at the European Synchrotron Radiation Facility in Grenoble. Those tests revealed that particles of lead chromate had been “reduced” – picking up extra electrons.

Further tests showed that the reaction only took place when white pigments based on sulphates were mixed into the yellow paint.

“By mixing these white powders in, van Gogh intended to make a lighter yellow paint, but through this effect, nature darkens it. While he wanted to show a light, pale and delicate yellow, it instead becomes a darker, brownish yellow,” said Janssens.

Another series of tests on flakes of paint from two other van Gogh paintings, Bank of the Seine (1887) and View of Arles with Irises (1888) confirmed the same yellow-to-brown reaction had taken place.